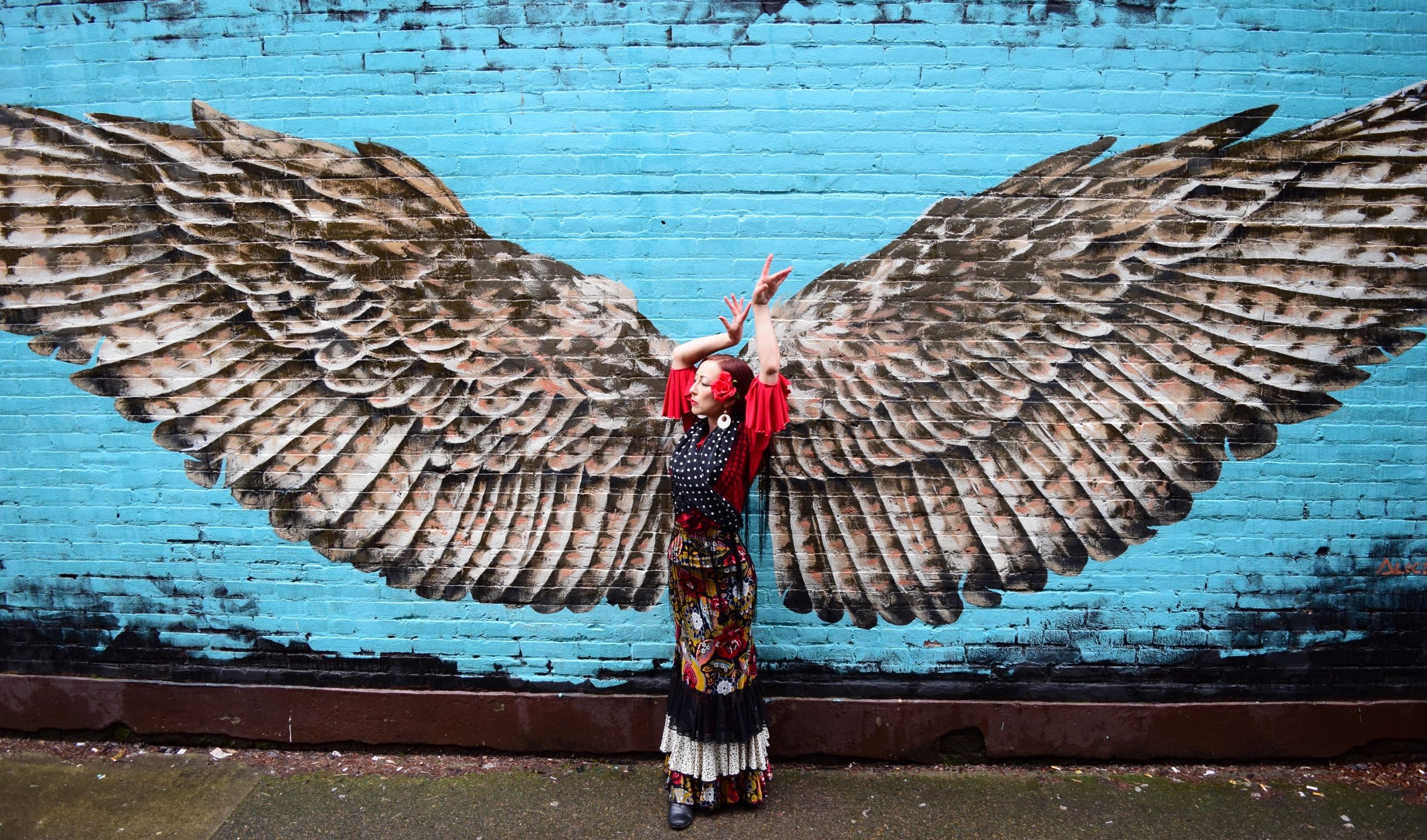 Elena Villa is a lifelong dancer whose parents introduced her to Middle Eastern music and belly dance in the late 1970s. She began flamenco studies in 1991 and has pursued flamenco and belly dance with equal devotion, often seeking out intensive study with native teachers in the U.S. and abroad. Elena began teaching belly dance in 1996 and flamenco in 2001. She performs with several professional live music groups, including Flamenco Pacifico and The Bedouin Spice Orchestra of the Oregon Country Fair’s legendary Caravan Stage, where she coordinates the talent. Elena travels regionally to teach regular workshops, perform in theaters and at festivals, and work in educational music and dance residencies in schools and colleges with Flamenco Pacifico: www.flamencopacifico.com. Elena pursued her love of dance academically by looking at dance through the fields of literature, cultural studies, and performance studies and has a PhD in Comparative Literature from the University of Oregon, where she taught from 1998–2012. Elena currently divides her time between teaching flamenco and belly dance, collaborating with other professional performing artists, and teaching writing, literature, and film.

I teach classic belly dance and flamenco, and a fusion of the two, using a music first approach that combines a foundation in musical knowledge and corresponding movements so that dancers can learn to improvise quickly and connect to the feeling in the music. I believe in lifelong learning and continue to pursue study with established artists in both dance forms. I encourage students to pursue every educational opportunity that they can and to find their own personal creative style.

Dance school: My classes are inclusive and focused on building body awareness, community, and cultural knowledge in a relaxed, supportive, and fun environment. I love to share my lifelong passion for and devotion to the arts with others.

If you have questions, feel free to send me a message.

I will get back to you as soon as possible.

Contact me to schedule private, semi-private, or group lessons, or to schedule a workshop in your area. I am also available for performances for special events and festivals.